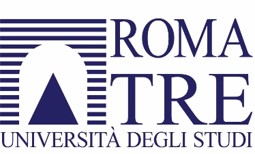 The main activities performed by this Work Package are:

In this Task the scenario has been selected. The infrastructures that have been modelled include gas, electricity, telecommunications, transports, and related SCADA systems. The scenario also includes some power generation facilities (combine cycle gas turbine, wind turbine generators, photovoltaic cells) together with power-to-gas conversion, storage, and loads like industrial plants, city loads, and an electric transportation system. In the following pictures a brief sketch of the scenario.

Two key processes has been analysed: the first is a demand/response balancing actions that tries to balance electrical generation and consumptions, the second is and emergency operation of civil protection and fire brigades. One of the purposes of the project is to demonstrate that the use of interdependency analysis and, the calculation of the combined risk, will bring to a more secure management of such operations. Two control rooms, one for the regional energy balancing and one for the interoperable coordination of emergency operations, have been analysed in their behaviours as depicted in the picture below. 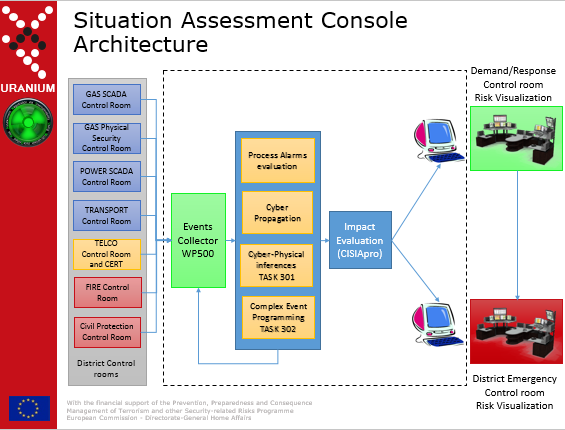 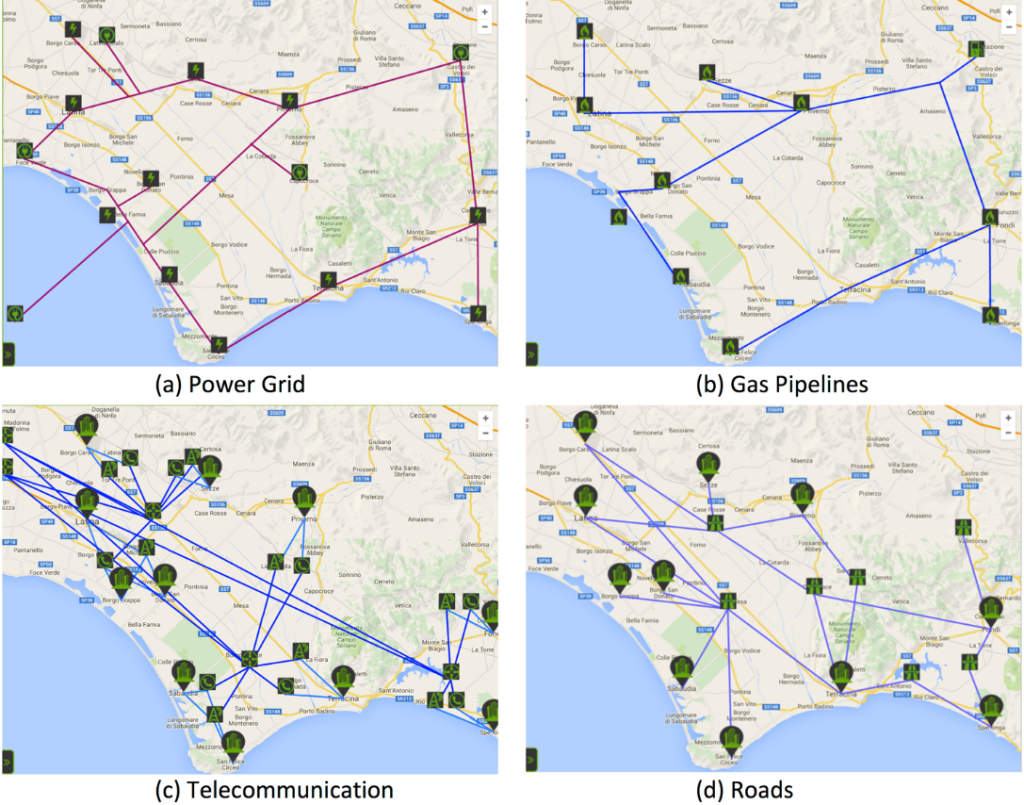 All the interdependencies among the elements have been described, including the behaviour of the Civil Protection Emergency Operations. The URANIUM project has demonstrated how decision-making process is significantly improved by understanding the consequences of adverse events and when interdependencies are exploited 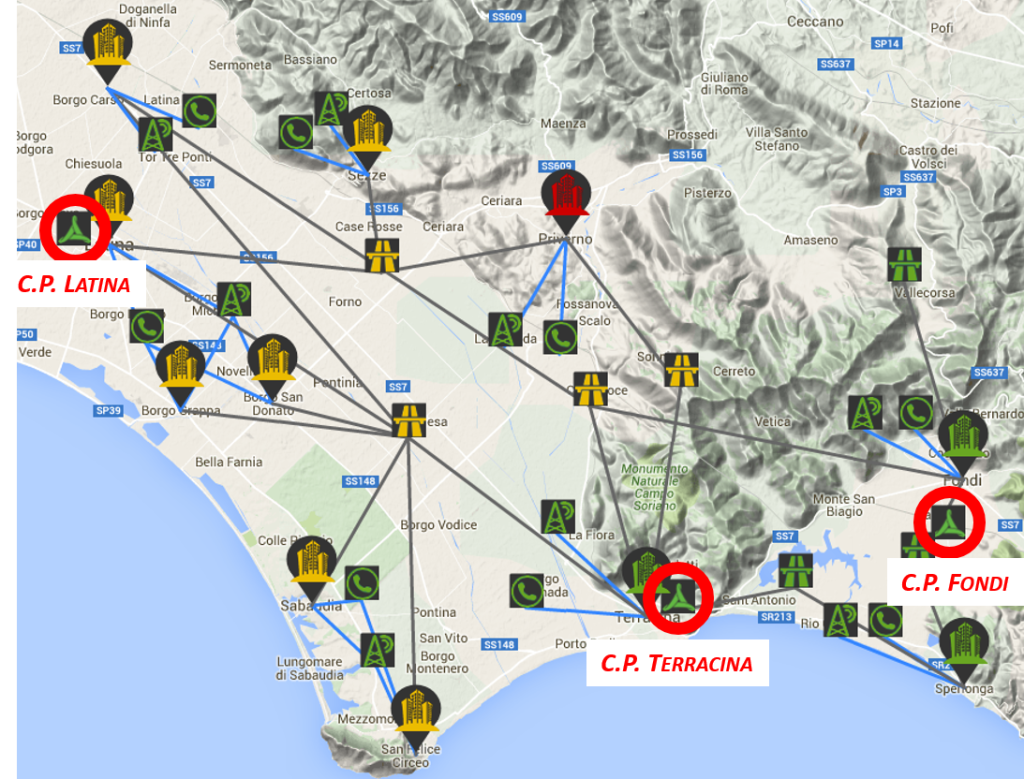 In the Figure below, there is a graphical representation of the main identified interdependencies among the macro areas: 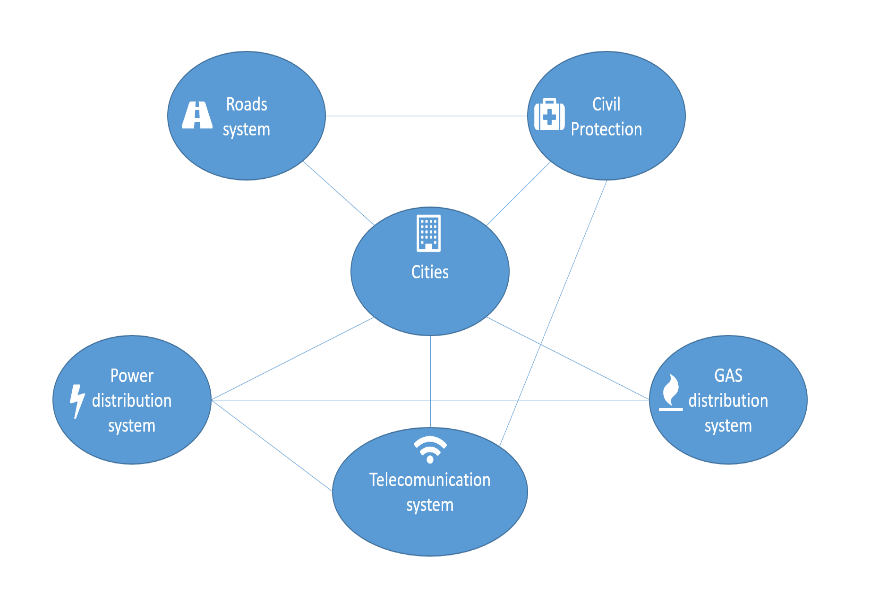 For modelling purpose, a new software, whose development had been started within previous projects at ROMA TRE, has been completed and extended and is now a state-of-the-art software for modelling and simulation of interdependent systems. The software is CISIApro (http://cisiapro.com). 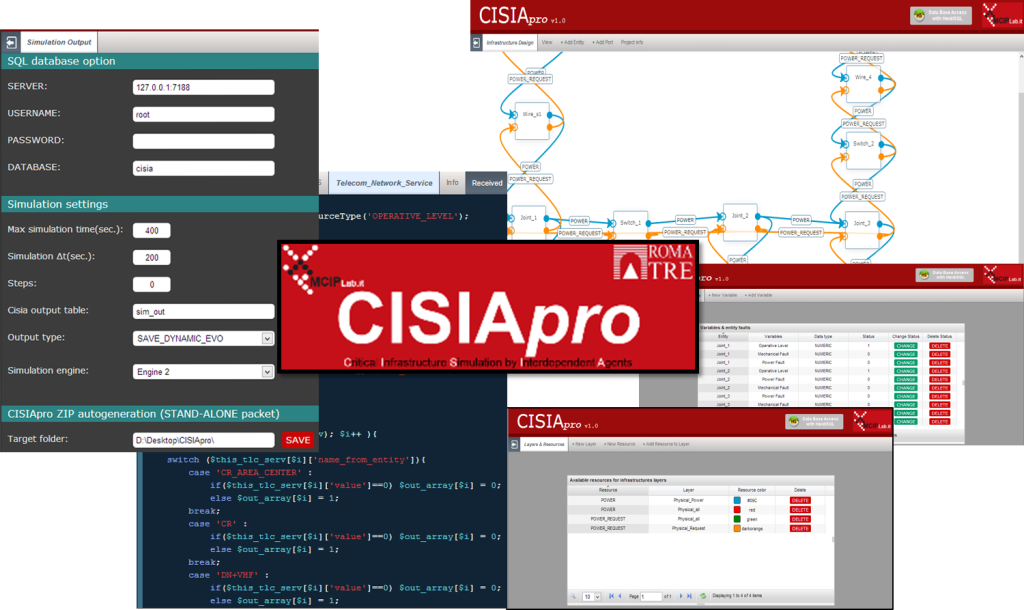